These Are The Faces

So many people have opinions about so many things in life based on data, numbers and the bottom line.

Although I teach my students about numbers, I certainly don't consider them to be numbers.  They may produce data but, they certainly are not data in my eyes.  My bottom line rests squarely on the notion that the relationship I share with my students is based on the fact that they are people....young people, yes but, people just the same.   They are never mere data to me.  Their hearts beat and their minds dream.  They are real and, that alone makes them so very special and their stories so worthy of being told.

So, when I decided to write a series of posts about my former students, I did so primarily to add a dose of humanity to the educational conversation that is so skewered toward data.  These children are the faces of education and these are their stories:    the Wedding Edition!!!!!

Andrew:
Imagine that impish grin on an adorable seven-year-old face and you'll have some idea of what my every day was like the year Andrew S. was my student in Grade 2.  Here he is on his wedding day and I couldn't be happier for him.   When I think of what it means to be successful in Life, Andrew qualifies on all of the most important counts:
1- He is a very good worker and believes in the dignity of hard work.  Andrew has worked in many dirty, back-breaking labours over the course of his adult life but, he always sees each task through to its conclusion.  Just as he always did with whatever classroom task I managed to put in front of him.
2- A tour through his Facebook photo albums shows a Love of family that has been consistent throughout this life.  I, also, taught his sister, Shanna, when she was in Grade 2.  She has grown into a beautiful young woman who boasts proudly that her best friend is her brother.  When my year with Shana was ending, I spoke with her mother who warned me to "get ready for the next one", meaning Andrew.  Truth be told, I couldn't have enjoyed teaching him more.  He was always that kid who would lose his pencil or report a broken lead, just as work was to commence. He'd always say it with that impish grin on his face. If he only knew how much I enjoyed his antics then, perhaps, he may have become a "handful" but, as it was, he readily accepted my direction and always got his work done in the end.
A couple of years ago, just as supper was stewing on my stove, the telephone rang. The voice on the other end of the line said, "Hi, Mr. MacInnes. It's me, Andrew S. Do you remember me? I just wanted to call and see how you were doing."    Did I remember him?!  How could I ever forget that face and that mind!   Thanks for the phone call, Andrew.  I appreciated it a lot.   Congratulations on your wedding, as well.   You deserve all of the happiness Life has to offer. 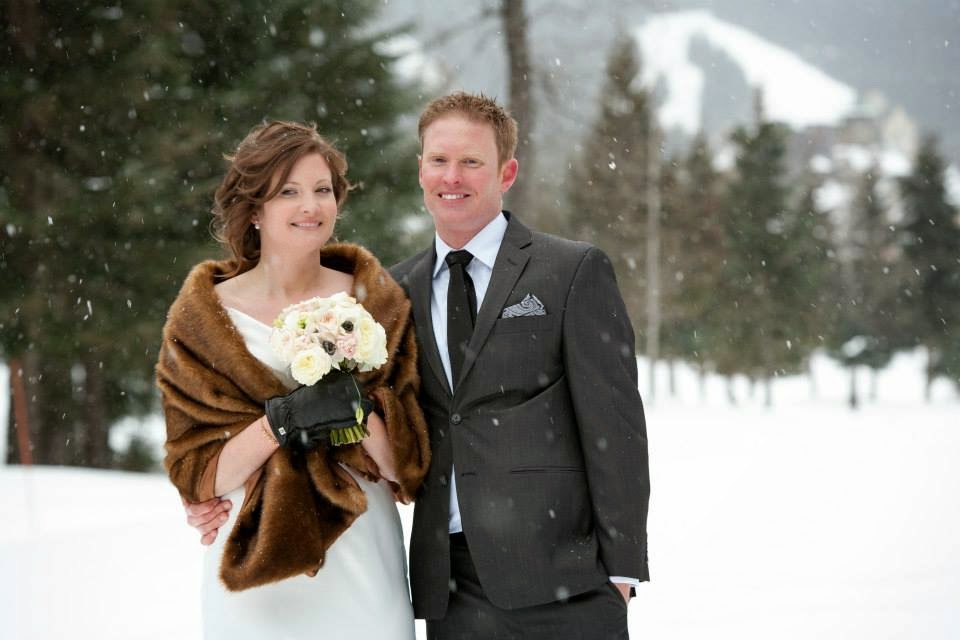 Christine will always be remembered for three things that don't necessarily show up in the bottom line of anyone's educational ledger:
1- She had one of the best laughs of any student I've ever had.....all soft and full of teehees, with the occasional snort thrown in for good measure.  I think I deliberately read more stories with funny jokes and incidents in them, just so I could hear Christine laugh.  Her laughter was like church bells to a choir.
2- Christine was, also, one of the sweetest students I have ever had the pleasure to teach.  Sometimes, as a teacher, you have to teach formal lessons about how to be a good friend, how to display empathy and honesty, how to be a responsible citizen and so on but, with Christine, it all just came naturally.  She was that good friend to others. She was that kind-hearted soul who shared her snack with someone who had none.  If anything, the times when I had any dealings with Christine were when someone had done something to her and her little heart would break and her innocence would need sheltering from her personal storm.  It is often unreported, when discussions regarding "teacher effectiveness" are given but, there were days when the most important role I played in an entire school day was to hold Christine's hand when she was sad during recess (while I was out, on duty).  Eventually, I would tell enough jokes or make enough silly comments that she would smile....and then, snort a little. :)
3- Finally, I taught Christine in Grade 2 and then, again, in Grade 3. Both years, Christine wrote poems that I submitted, on her behalf, to our School Board for inclusion in a poetry anthology that they put together.  Both years, she saw her work become published.  She, instantly, became the "Poetry Queen" and has been called that by me ever since.
Christine now lives in one of the most beautiful places on the planet:  Whistler, British Columbia! Not surprisingly, on her wedding day, she and her husband, Tim, were married outdoors, with the Rocky Mountains as their backdrop.  She was as beautiful as her scenery.
I am very lucky to have, as my Life's work, a profession that brings me into contact with hearts such as Christine's. I am the better for having made her acquaintance and I congratulate her on becoming Mrs. Poetry Queen.  :) 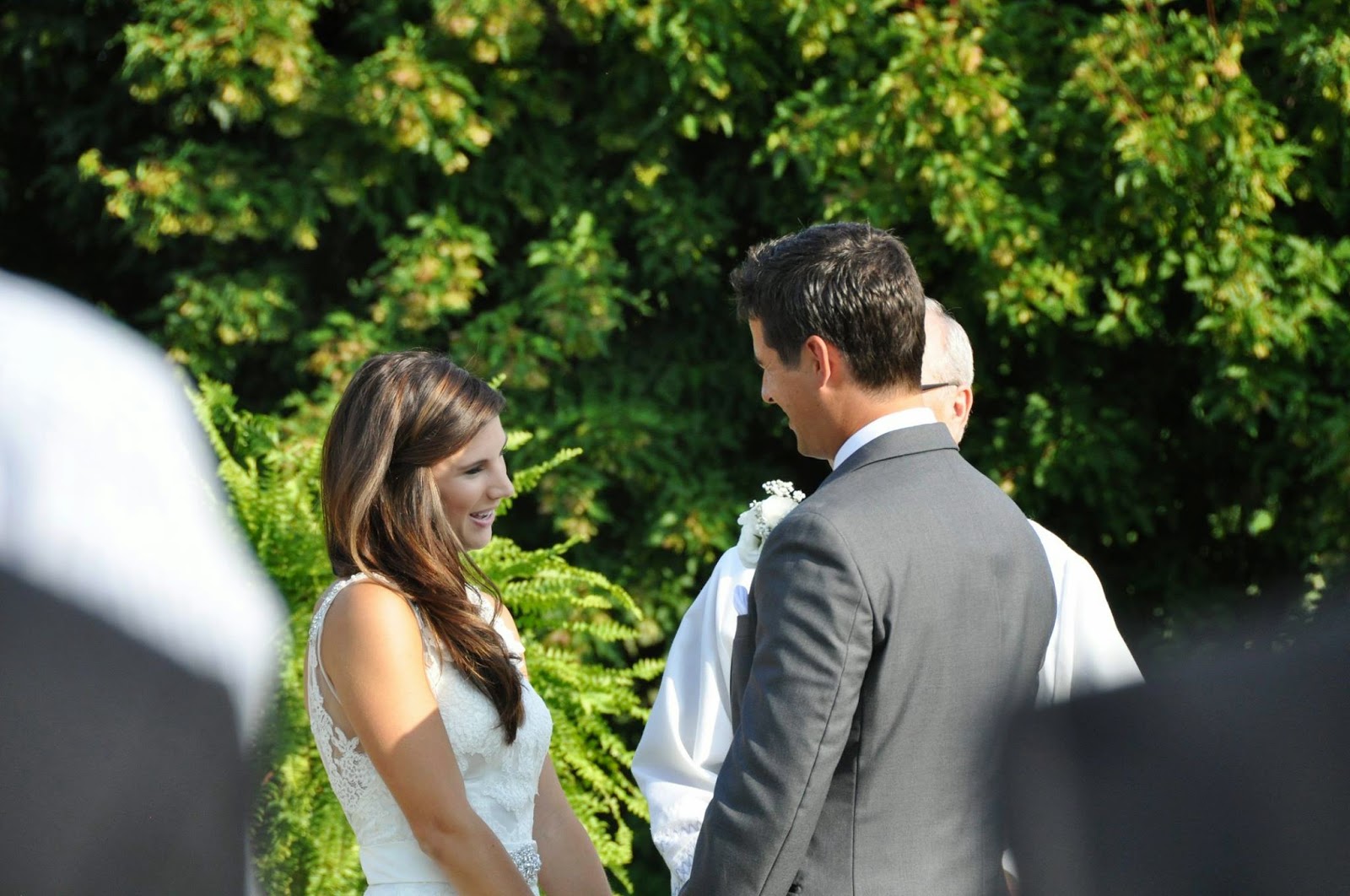 This lovely young lady is named Kelci.  On her wedding day, she married a teacher!!!!!!   I would love to think that her experience with me was so enjoyable and life-altering that it played a part in her being drawn to a man who, also, strives to make a positive difference in the lives of others. But, truth being told, he is model-handsome and I am sure that this was a bit of a factor in the attraction, too.
When I first started re-connecting with former students via Facebook a number of years ago, Kelci was one of the first that I sent a "friend" request to.  She, and her sister Madison, along with her Mom and Dad, were a presence in my life over the course of a good, four or five consecutive years of teaching.  What a wonderful family they all were and my introduction to them was through Kelci.  I remember even spending part of my summer holidays reading with Kelci in exchange for homemade chocolate chip cookies (which were delicious, I must say!)
But, what really sets Kelci apart (and her family, too) is her incredible sense of loyalty to her friends.  Since meeting her again on Facebook, I have watched her grow up, from a child to a young woman, in a circle of true and trusted companionship with several of the girls she met in school.  Being able to provide a level of friendship to others and have it returned in kind, isn't something that just anyone can claim in their lives.  It takes a special person to love and be loved, in equal measure.  It takes someone like Kelci.
Kelci may be model-pretty but, that isn't what truly makes her beautiful.  She possesses a beautiful soul and a loving heart which, if I had to quantify it and turn it into data, might prove a little daunting but, just the same, it proves the success of her Life beyond any measure. To find Love is to succeed in Life. To give Love, is to forever be remembered and cherished and held dear to the heart that beats along side yours.
I wish Kelci and Darren all the best in their lives together.  I am grateful for having been able to watch her life unfold as beautifully as it has.  How lucky and rich am I!!!


Somewhere on-line or on Talk Radio or some such venue, there is a discussion going on about the state of our schools.  Regardless of what anyone's numbers say, I say that any school system that produces the types of beautiful people I have talked about in this post, is on the right track and should be applaud, not nitpicked.  To see the smiles on the faces of these "kids" as their life stories take them into adulthood, is all that I need to know to be able to say that my time has been well-spent in the classrooms of my province.
It is back-to-school time for me. Who knows, maybe one of my new little Grade 1 students will end up being featured, twenty or so years from now, in another "Wedding Edition" of Cobbie's World!  It wouldn't surprise me in the least!

As for my own wedding..........I want you to think about that moment, when the Bride and the Groom have their first dance.  The reception hall becomes hushed.  All eyes turn towards the happy couple; their bodies pressed together, two hearts beating as one.  I want you to remember the song that was played during that dance; something sweet and romantic, no doubt.   Well, at my wedding, my wife and I decided that we couldn't bear the thought of all eyes in the room watching us turn in circles for five minutes. It felt like torture to us.  So, for our song, we didn't choose something sweet and romantic. We chose, "Home For A Rest" by Canadian group, Spirit of the West.  We thought that this song choice was the perfect commentary on a wedding that had seen us married on the shores of the Atlantic Ocean in Cape Breton, with a reception to follow, one thousand kilometres away in Ontario, a few weeks later.  Much travelling, drinking and planning took place. "Home For  Rest" seemed to sum up our feelings.  So, please picture the romance of it all as you listen to my wedding song.  Enjoy!!!
Posted by Thomas Charles MacInnes at 5:55 PM