The Stars That Twinkle

Every day, everywhere we look, we are bombarded with the images of faces.  Faces of the famous.  Faces of the rich and powerful.  Faces of the downtrodden.  Faces.
After awhile, it becomes easy to not pay these faces any more attention than we do to the stars that twinkle over our heads at night.

Well, I don't know about you but, I love looking up at the stars that twinkle so.   As I gaze up at the Heavens,  there are always certain stars that seem to shine brighter, that sparkle in a more dazzling array of colours and that capture my attention and hold it firmer than the others. 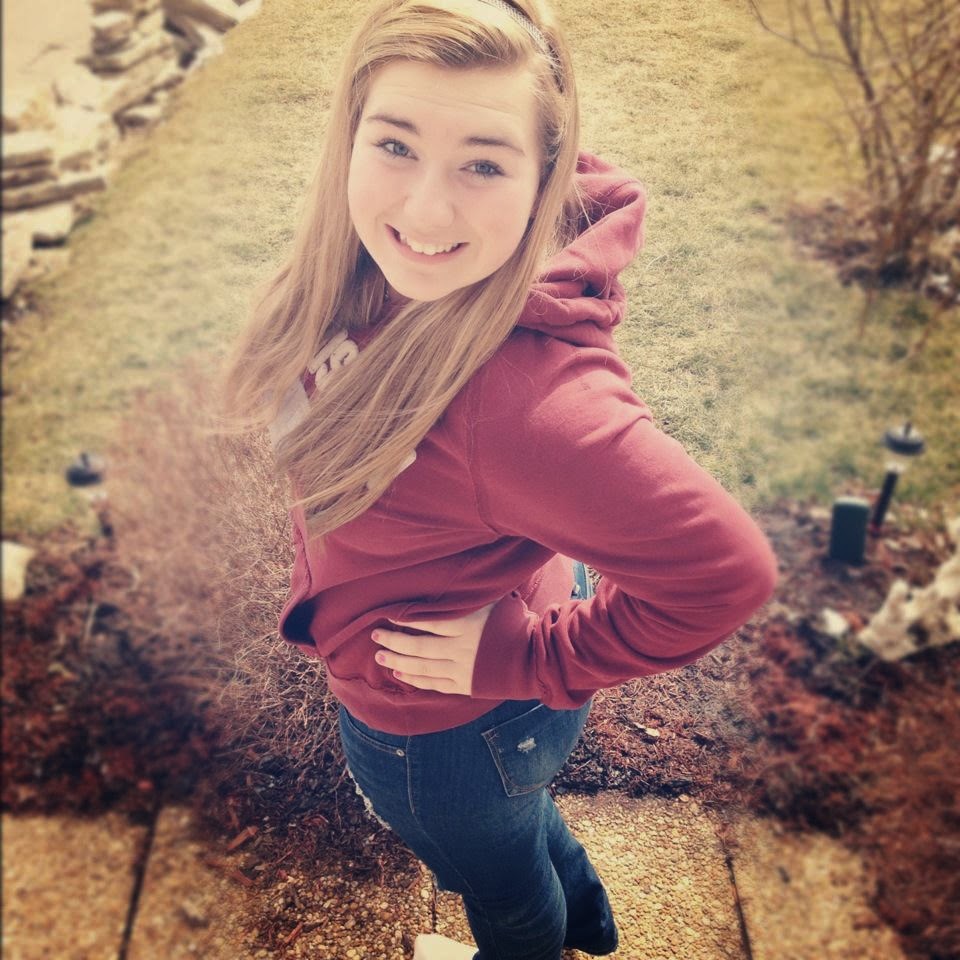 The same is true of faces.  There are certain faces that I love to look at; faces that tell me the story of my own life and showcase the purpose I have endeavoured to attach to it.   These are the faces of my students.   I have written extensively on my blog about the joy I derive from teaching and from the beauty of the children that I have taught over the years.   But, out of respect for their privacy, I have never publicly named a single student of mine, except for one.   Those familiar with my blog should, I hope, be familiar with my story of the little girl who wanted me to read a book called, "Hana's Suitcase" with her and how that experience turned out to be one of my favourite teaching moments in my whole career.  That little girl was named Kaicey and you can read about our adventure here.  Kaicey was a little cutie-pie when we shared "Hana's Suitcase" together.  She is still a cutie-pie but, no longer a little girl.  This is Kaicey!    Her face makes me smile every time I see it.  She has become a championship hockey player since her time in my classroom and has spoken of possibly pursuing a career in education.  She always remembers my birthday and calls me "Mr. M." these days.  I call her one of the stars that twinkle so, in my sky that is my Life.  :) 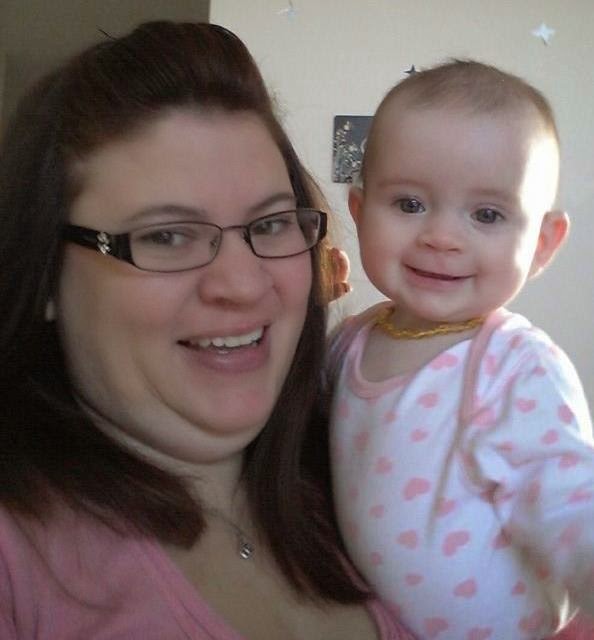 This is Courtney and her beautiful and, aptly named daughter, Sunny.    What a sweetie! (And, the baby is nice, too!)   In a career that spans 26 years, I have met a lot of students who have taken up a very special spot in my heart. Someone had to be first  and Courtney is that person.  Courtney and I met during my 2nd year of teaching which means that I have known Courtney for 25 years!  Wow!   Happy Anniversary, Nips!     One of the measures I have of how great a particular class has been is by the number of nicknames I have for the kids.  In Courtney's case, we were talking one day about vegetables and, I guess, parsnips came up.  Parsnips morphed into Courtnips and then, into the name I have called her for a quarter century, Nips!
Courtney may not realize this but, at Christmas time, during our year together, her father wrote me a note inside of a Christmas card.  The note said, "...always know that you are much more than just a teacher to Courtney."   It was the first, really, really nice note that I had ever gotten from a parent.  It meant a lot then and it still does now.    Courtney and I share the sad fate of having our fathers pass away while we were still too young to be without them.  We grew up; me as a teacher, and her as a young woman, having to rely on ourselves for our success and survival more than we ever would have thought when we first shared a classroom in Courtice, Ontario. Our common situation has caused us to recognize and appreciate the security and peace of mind that has come from being able to be in contact over the years with someone else who understands the ebb and flo of life.  Courtney has long been a booster of me as a writer, long before I ever had a blog or surrounded myself with the "writer buddies" that I have now.   She remains a cheerful presence in my Life.  As for me, I take an enormous amount of satisfaction from being able to see her find happiness with her husband, Wes, and growing so beautifully into the role of mother, to Sunny.  Nips, you were the first star I ever had that twinkled so, in the sky I call my Life.  Thanks for being there, then.  Thanks for being there, now.  :) 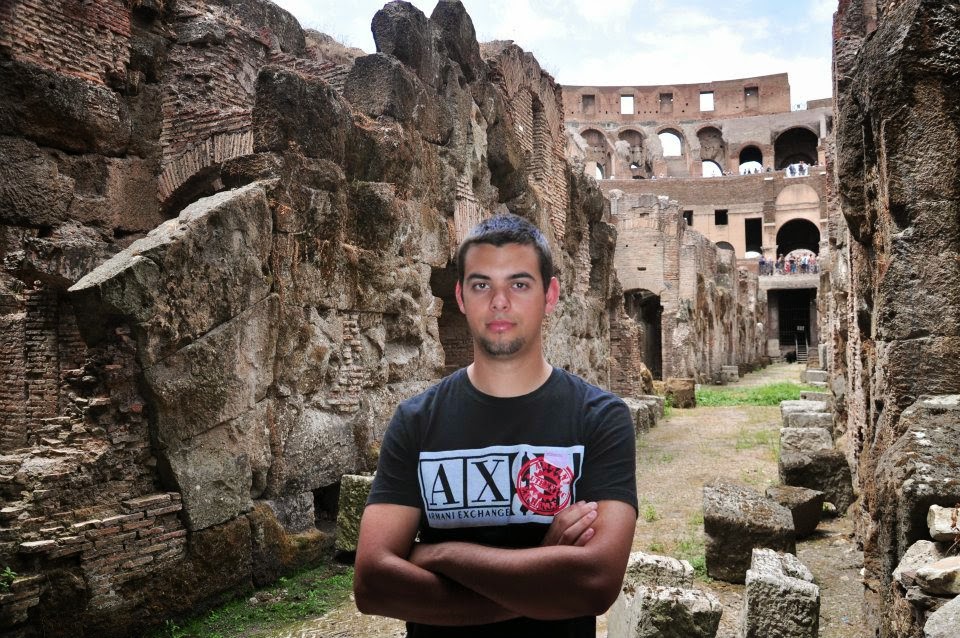 This handsome young man is Matt.  He has done well in university and has travelled around the world, as you can see in this photo.  Not bad for someone in his early 20s.  Can't say as though I am surprised at his success.  Sometimes, as a teacher, you can just tell when someone has what it takes to be a winner.  Matt, or Super Spina, as I call him, has always had that magic.  I have two stories that help to illustrate this.  First of all, good kids often come from good families. Matt is blessed to have super parents.  They were excellent to deal with when I had Matt is Grade 2 but, they really made their mark the following year.  The year I had Matt, I was teaching a straight Grade 2 class. The following year, I was assigned to move to a portable classroom and teach a Grade 2/3 split class.  There was not enough room on my class list to have all of the previous year's Grade 2, as my Grade 3s the following year so, the Principal asked me to pick which 12 out of 20 kids would come with me into the split class.  That is a tough position to be put in because I liked all twenty kids but, at the same time, I knew that not every parent would want their child in a split class (there was going to be a straight Grade 3 class, btw).  I didn't want to hurt anyone's feelings, either, by leaving them out but, I didn't want to arbitrarily choose someone who would be unhappy being in the split.  Being on the horns of a dilemma, as it were, I decided to simply poll my families and put it to them:  come with me and I would guarantee a great Grade 3 year, with different activities than had been experienced in Grade 2 or else, let me know that preferred the straight Grade 3 class and there would be no hard feelings.  I had thirteen parents agree to come with me (for the twelve available slots).  Matt's parents were one of the thirteen who gave me the vote of confidence and trust.  I appreciated it then and I do so still, now.  Good people, those Spinas.

Now, as for Matt himself.    He and another boy named Brock, were the best of friends. They were the sort of kids who could work together in ways that drove the other to improve and produce even better results that anyone thought possible.  Well, long story short, the boys discovered Martin Luther King's "I Have A Dream" speech one day and asked if they could say it in class. I told them that if they could say the speech all the way through on their own then, I would let them recite it, not in class but, in front of the whole school.  These guys were just eight years old so, needless to say, a speech of that magnitude is difficult but, as I said, these guys worked so well together that, it was not surprising at all, actually, that they managed to not only get the words down pat but, also, to get the rhythm and cadence down, too.  At our next school assembly, with parents watching, both boys absolutely nailed the speech.  There were many tears flowing from the adults, staff and parents, in the auditorium that day.  It was a magical moment of great accomplishment under pressure and is symbolic of Matt and how he carried himself through our entire relationship as teacher and student.  He is a winner and comes from a family of winners. He is making his mark in the world and I couldn't be happier for him nor, prouder of him.   The Spinas are, definitely, stars that twinkle so, in the sky I call my Life.

At one time, these three young people were just children and were merely names on my class list.  But now, the names have faces and the faces, well, they are etched with stories of accomplishment and importance.   They have all turned out so well and all continue to make my life better by allowing me to remain part of theirs.  Being a teacher is a privilege; these beautiful faces are the proof of why.

There are many other wonderful young men and women deserving of their moment in the spotlight and, rest assured, that moment will come (with their permission, of course).  I already have a second post prepared in my mind. It will be my "Wedding Issue" and should be available in the next few days.  In the meantime, enjoy the faces and the names of these three wonderful human beings and the stories they have to tell.  These are faces worth knowing.  They have stories that resonate more than any test score could possibly.  They are my stars that twinkle so.