G: Girls and Boys: It's More Than Simply What I Call the Kids

"If all I had to to do was teach ABCs and 1-2-3s then, my job would be easy," said just about every teacher everywhere.  Teaching the concepts contained in our curriculum documents is a very big part of any teacher's job. When you ask members of the general public what they think a teacher does, the vast majority will say that our job is to teach the curriculum.   That is a fair response.  But, there is far more that goes on each day in a classroom beside the teaching of the curriculum and, there is far more involved in teaching the curriculum than merely opening up the textbooks and moving through the pages contained within.

Poverty, health, integrity of the family unit, hunger, peer relationships, etc., are all factors, and then some, that help determine each student's readiness to learn on any given day.  With the classroom teaching relationship (between teachers and students) so dependent on the individuality of the participants, there are myriad possibilities, each and every day, for how successful a day of learning it will be.  Along with the various extraneous factors already listed, one of the biggest external variables  affecting classroom dynamics is gender.   Is the classroom "boy heavy" (meaning comprised mostly of boys) or, is it "girl heavy"?  Are the academic leaders male or female?  Are the "cool kids" mainly your boys or your girls?   Is there an even balance?

To say that girls and boys are similiar because they are all passing through the same intellectual and physical milestones is correct. But, to say that there aren't major differences between boys and girls is to fail to understand one of the most fundamental apsects of human nature.   They are not just students, they are girls, who will grow into women and boys, who will go on to become men.  There are differences. That is just the way it is.

As I write this blog post, a British skin care company has garnered lots of attention, pro and con, for a campaign they are running that asks women to submit photos of themselves without any makeup on.  Thousands of women have done so and are using words like "brave" and "courageous" to describe how it feels to be Au natural, as it were, in public.  Many detractors are saying that being your true self should not require courage at all. All that I say is that I am thankful the conversation is happening at all.

Gender bias has strong roots in the cultural mindset of people all over the world.  The skincare campaign, in my opinion, is spotlightling that bias with regard to how Western society expects women to look and, more specifically, the extent to which women are actually judged throughout their lives on their looks.  Again, if you are a female reader of these words, you, no doubt, have had your life affected by how you look.

Right from birth, when male babies get blue clothes and female babies get pink clothes, we willingly engage in the gender stereotyping of our children.  While we want the best experiences for our own precious child, we, also, want them to fit in socially so, most parents play the game and actively engage in helping to perpetuate gender bias. For example, of all the baby/Barbie dolls sold at Walmart in the United States in any given year, do you think that even 5-10% are sold to people who are buying them for boys?  If we are being honest with ourselves, we would admit that, generally speaking, boys play with tools, weapons, trucks/cars or sports equipment, while girls play with dolls, arts and crafts, kitchen toys and so on.  Even Lego for girls comes in pink containers.  There are a seemingly endless list of examples such as this and I could go on all day. But, the main point is that, by the time boys and girls come to school, they arrive with a fairly entrenched personal value system that has, as its' foundation, gender bias that they have learned at home from well-meaning people who love them and, from exploring the structure of the society in which they live.

The implications of this for teachers are huge!   If our goal as educators is to help each student better themselves and be the best they can be, it all has to start with helping to instill within each child the belief that being strong and accomplished is even possible.  To take ownership of your own learning and display initiative and curiousity and achieve self-determined goals, all presupposes that you believe yourself capable of such greatness.  That is not easy when society is telling you to not worry your pretty little head about complicated matters and just worry about looking hot or beautiful. Every time a young girl watches "Barbie: Life in the Dreamhouse" and is inundated with messages about the importance of fashion and makeup and how lucky Barbie is to have Ken around to fix things, she is told that her looks matter most and that guys are here to take care of them.


Not quite the empowering message of Disney's "Frozen", is it?  For those who don't know the story, in basic terms, Princess Elsa has grown up with the gift/curse of being able to make snow and ice with her touch.  She has been a good girl and kept her power secret all of her life until the day of her coronation when, her secret is revealed. She runs off to the mountains and sings, for so many girls and women, that she is through with living within the constraints of society's expectations and, instead, is going to "Let it go" and be the real person that she has always wanted to be.  There is a reason that the song resonates so well with girls.  It must be tough being told that to be accepted in society, you must be a certain way and a certain way only.   It is tough being told that you can't just be yourself, if being yourself makes you different.

So, how do teachers deliver the prescribed curriculum while, also, dealing with the gender bias filters used by their students?  Well, here are a couple of ways I tackle this situation.

I do a unit on fairy tales; an initial part of which deals with the characteristics of what makes a fairy tale, a fairy tale. I always enjoy watching the class state that, in most fairy tales, the "good" characters are female, that they end of being victims of strong, nasty females and that they need rescuing by male characters.  Most classes are able to connect the dots and get to this point which then, if I am lucky, will cause some girl in the class to put her hands on her hips and spit out with defiance, "I don't need any boy to rescue me!"  When this happens, the class has arrived at the point where we can have a sensible discussion about gender bias in literature.  It is an important step toward becoming critical readers and toward helping the students better interpret the messages they are receiving on the internet, on television, in music videos and computer games, etc.

In addition to the Fairy Tale Unit,  I spotlight a "Newsmaker of the Week"; someone who has accomplished something noteworthy and, as such, I purposely balance the people I profile between men and women. This is for the obvious reason of providing role-models for the girls to emulate. It is hard to visualize yourself as being a leader if you never see females in leadership roles.

There are loads more examples I could give of how I attempt to address the ingrained gender bias that flavours every aspect of life at school but, I will end with just one........in my closet at home, I have a shirt that has super powers. I wear this shirt once every month or so. Every time I wear this shirt, it never fails to draw a reaction from some student in the school and provide me with a teachable moment.  My shirt is a pink Tommy Hilfiger golf shirt.  I like wearing it because I like that particular shade of pink that the shirt comes it.  It is a comfortable shirt to wear. But, it is pink.  Somewhere, some time throughout my day, a child will come over and ask why I am wearing a girl's shirt.  I respond by saying that it is not a girl's shirt and that I simply like the colour.  I stress that I like lots of colours, pink among them and that, to me, a colour is simply a colour.  I treat them all equally.  I end by saying that this shirt makes me feel brave.........much, I suppose, in the same way that the women feel who are participating in the Dove "selfie without makeup" challenge feel.

When, if ever, we reach the point in our society when the "content of our character" is treated with as much respect as the colour of our shirt, the shape of our bodies and the nature of our gender then we will have truly matured as a civilization.  Until that time, I still have some teaching left to do, I suppose.  :) 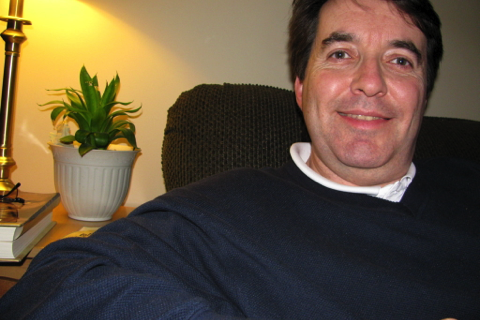 Thanks for reading.   Please feel free to leave your comments below. If you have any ideas of ways to promote gender equality then, please feel free.  Have you ever been judged purely on your gender? And, just for your viewing pleasure, here is my own, no-makeup selfie!  Feel free to post your own. WE could have quite a gallery of beauty when we are through!  :)

Posted by Thomas Charles MacInnes at 6:52 AM