H: Harry Potter (and My Other favourite Books of a Sensitive Nature).

Reading aloud to children is, without question, my favourite thing to do as a teacher.  I love story telling and I love reading well-written stories; to myself or, to an audience of eager young minds.  Good literature enriches the mind and the soul with its' brilliant characters, imaginative storylines and fabulous vocabulary.  I read aloud at home to my own children and I read aloud each day to my students at school.  I wouldn't trade that experience for anything.

However, what constitutes "rich literature" is subject to debate in certain circles and, as such, even wonderful, virtuoso turns by authors can be met with resistance from students or parents or the public, at large.  As a teacher, I have to realize that our classroom does not exist in a vacuum and that there will be times when, what I say or do, will have an impact beyond the walls of the school.  Consequently, when choosing what books to read aloud to my students, I always have to be sensitive to possible problems that may arise and, as such, select what I read aloud with care and discretion.  That doesn't mean I practise self-censorship but, it does mean that I avoid, for example, reading a book about the joys of peanut butter when I have a student in my class with the peanut allergy.

Here is a brief list of some of my absolute favourite read aloud books that, for one reason of another, deal with sensitive issues and require careful handling before being shared with my students:

1- Harry Potter and the Sorcerer's Stone:

Hands down!  Bar none!   This is my favourite read-aloud book of all time.  When people ask why the Harry Potter series became so popular, one of the reasons I give is because of the wonderful cadence of J.K. Rowling's language.  She wrote her words in such a way that they simply roll off of the tongue when spoken aloud.  I fell in love with this particular book (#1 in the series), during the scenes in which Harry is about to turn 11 years old and has no idea that he is a wizard.  Hogwarts school is attempting to contact him in increasingly dramatic ways by mail but, with each attempt, Harry's Uncle Vernon, who has custody of Harry, tries to stop Harry from knowing his true background by taking increasingly drastic measures in return.  The scene on the isolated island, in the middle of the raging storm, as Harry counts down the seconds to midnight and his birthday, are chalk full of tension yet, the words simply fly off of the page.  Whenever I read that scene to a class, the students sit, wide-eyed with wonder and visibly exhale when the scene concludes.  Fabulous storytelling by an A-list storyteller.
However, as many of you are aware, there are those who object to the Harry Potter series because it deals with witches and wizards and magic.  Those people claim that by promoting the story, teachers are promoting the Dark Arts.  While everyone is entitled to hold an opinion, I respectfully disagree with that one.  When I read Harry Potter, I am reading a story about good vs evil, friendship and loyalty, intelligence and perserverance. To me, Harry Potter is as rich and multi-faceted a character as there has been in recent literary history.  I enjoy the books but, out of respect for those who beliefs may not let them see the beauty of the storytelling, I always let parents know ahead of time that Harry Potter is coming and for them to address any concerns they may have directly with me.  To date, no one ever has.  I take that as a sign of trust on their part and I am thankful for it.


2- Holocaust Books:
Whenever we celebrate Remembrance Day in Canada (the day set aside to honour our soldiers who have given their lives in battle), talk about the two world wars tends to come up and, depending on the richness of the discussion, events such as the Holocaust, may emerge.   There are a wide range of excellent books that deal on this topic, with far more eloquence that I could ever muster so, if the kids wish to get a better insight into the nature of war and, in particular, the Holocaust, these are the books I lean on to help me out. 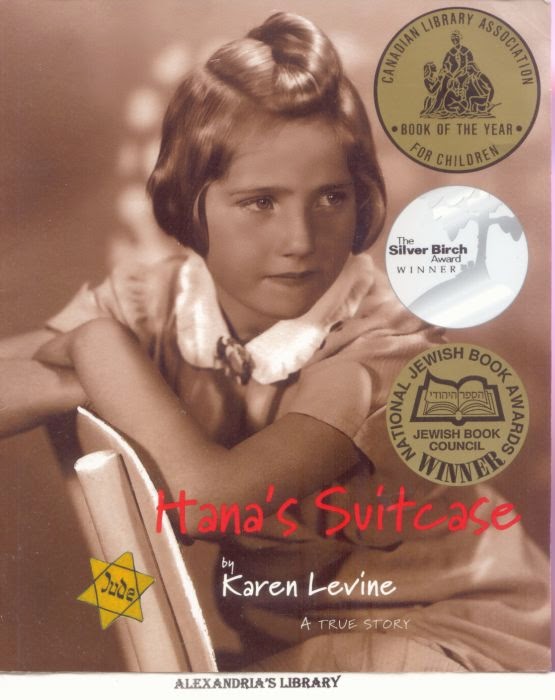 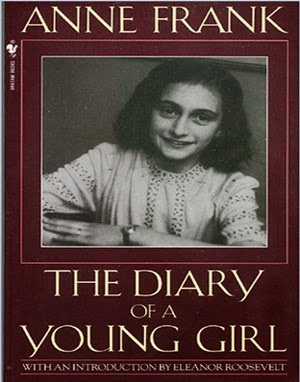 (a)Anne Frank:  Diary of a Young Girl and Hana's Suitcase:
Both of these books deal with the impact of the Holocaust on young children.  Through the words of the children themselves, my
students get to see what may have happened to them if they had been alive and in similiar circumstances.  I have a more detailed post about the powerful impact of Hana's Suitcase, which I posted on the second day of the A-to-Z Challenge.  The link to that
story can be found here.

(b)Number the Stars by Lois Lowry:
This book describes what happens to the lives of citizens in Denmark when the Nazis take over that country.  I like this book because it really describes, in detail, how the rights of the Danish citizens were systematically taken away and what the repercussions were on those trapped on the wrong side of those new laws.  It, also, explores the dilemma of how non-Jewish citizens reacted; in the sense of intervening to help their Jewish friends (and, by doing so, placing themselves in great danger) or, by collaborating with their captors and attempting to survive the occupation in that manner.  Lots of excellent dscussions arise from this simple yet, complex and deeply moving, book. 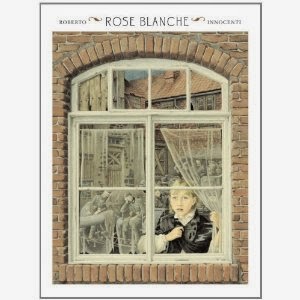 (c)Rose Blanche by Roberto Innocenti
Rose Blanche is the very best picture book I have ever read about war and the Holocaust.  It is told from the point of view of Rose, a German girl.  The book spans the time from the early part of WWII when the German army was enjoying victory after victory, all the way, to the end of the war when the Allied armies were pushing the Germans back into Germany and to their eventual defeat.  As the story unfolds, Rose notices a young boy jump out of a van in the middle of town. He tries to run away but is re-captured by the Mayor and returned to the custody of German soldiers and then, driven away. Rose decides to follow the truck to find out what happened to the boy. In doing so, she stumbles across a concentration camp in the forest at the edge of her town.  The rest is, literally, history at this point.
The illustrations change from bright, crisp pictures and colours at the start of the book to murky grey's and browns by the end.  The characters are all portrayed in very human ways.  The soldiers are shown as being cocky and confident at times but, also, tired and injured and scared, too.  This book gives a fabulous but, serious, look at a terrible segment of world history.

Needless to say, any talk of the Holocaust is fraught with the possibility of causing upset in young readers or listeners.  Extreme sensitivity is required before plunging into any of these books.  However, it is part of history and it is important for our children to learn the lessons of history so as not to unknowingly follow that same path in the future.  So, I encourage you to be brave and expose your students or children to books of this calibre but, to do so while exercising caution and care.

3- Death:
Unfortunately, Death sometimes comes into the lives of young children. Loved ones and pets may pass away in accidents, for medical reasons or under tragic circumstances. Sometimes, it is a classmate or a student within the same school.  In either case, Death can be a very traumatic experience for chidlren. When this happens, students often look to their teachers for guidance and help understanding what has happened and sorting throught their feelings. 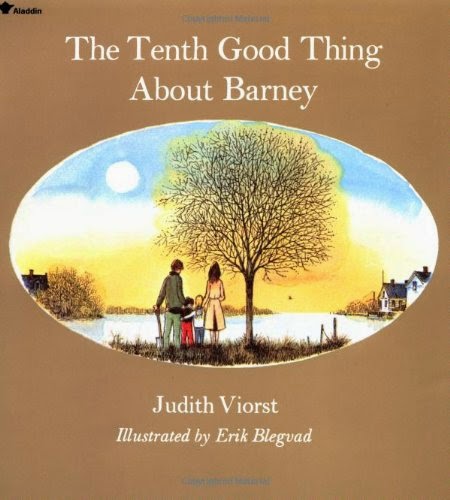 One of the best books I have used with children about Death is a book called, The Tenth Good Thing About Barney by Judith Viorst.     This book is about a boy whose dog dies.  His parents help him cope by having a funeral for the dog. They ask him to write a list of ten good memories he has so he can share these memories at the funeral.  The act of creating the list helps the boy remember the good times and, as such, it acts as therapy for the boy and takes the sharp edge off of the grieving process.  I have had to use this book several times in my career and it has helped a lot in all cases.  There is something about attempting to see the positive in a tragic situation that is healing.  Such a book won't return the loved one to the child but, it can help them work through some of their emotions and confusion.  I recommend it but, at the same time, I don't pull it out unless needed.  It is a powerful tonic in a time of great pain and, as such, it is not read lightly.

These books mentioned above are a mere tip of an impressive iceberg of great literature that, for one reason ro another, require senstivity when considering whether or not to share them with your students or children.   If you have any books that mean a lot to you but that, for one reason or another, require delicate handling, please add them to this list by discussing them in the comment section below.  I thank you for taking the time to read this post. Bye for now.  :)