This week's Trifecta challenge is to use that most modern of words, "whatever" in a story.  Here is my uplifting, true, 33-word story of hope in a seemingly "whatever" kind of world.

In times of self-absorption and whatever attitudes,
I recently received a sign that all hope was not lost.

A wish for my happiness
sheathed in cardboard. 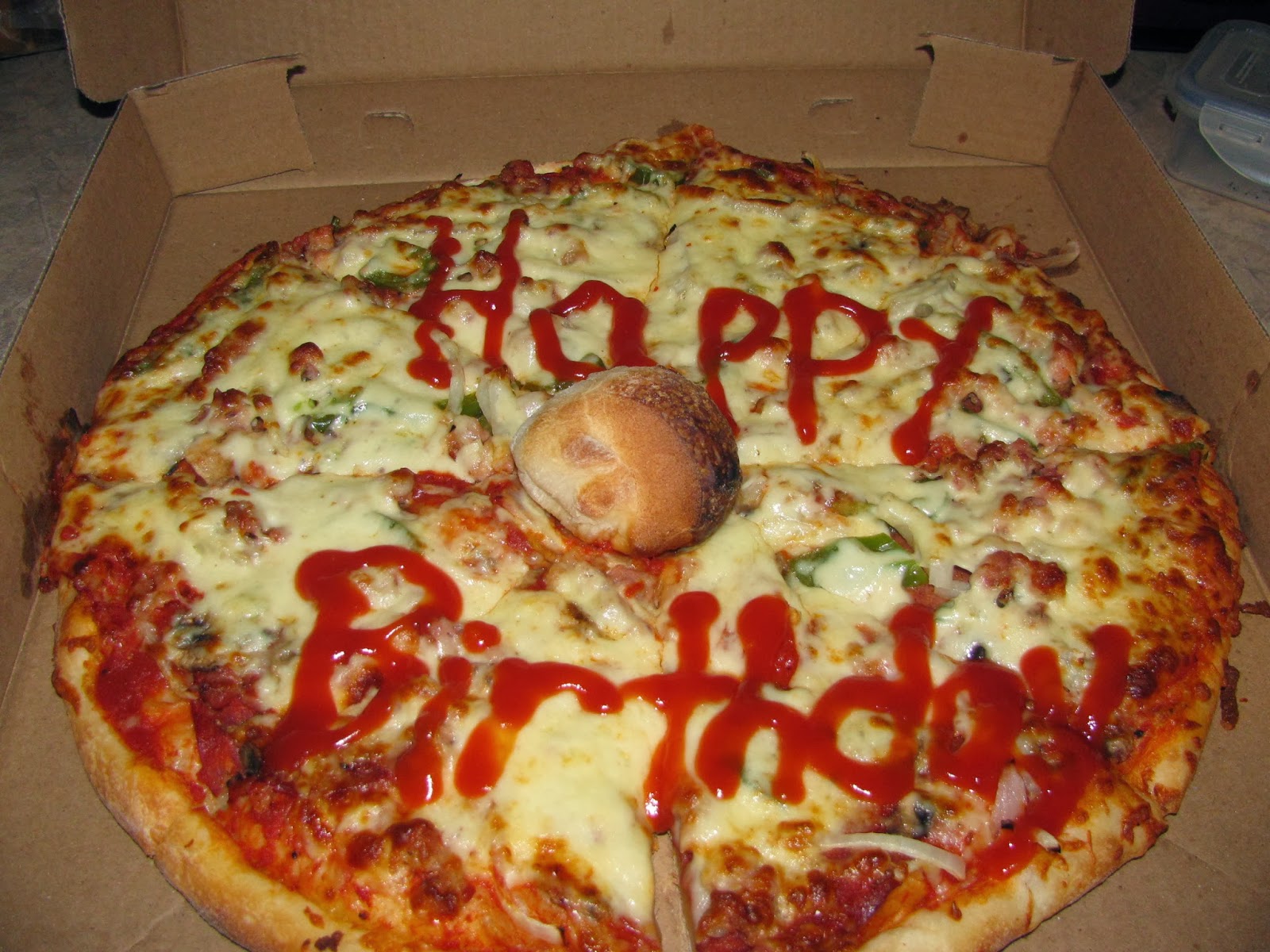 Anyway, for supper it was decided that Daddy should be able to have whatever he wanted so, I opted for a pizza from a local Cobourg institution called Jim's Pizza Palace.  Everything at Jim's is homemade and the pizzas are always delicious so, ordering from there was a no-brainer.  All I was expecting was a tasty supper but, in addition, what I got was a tasty story and a wonderful feeling inside.  Here is the true tale.

My wife, Keri, called in the order at 4:30pm. The order was received without incident and, a half-hour later, Keri got in the car and drove to Jim's to pick up our supper.  However, when she arrived, she found a note on the door that stated, "Effective January 1st, Jim's will be closed on Mondays."  This puzzled Keri as she had placed the order herself. So, she cautiously approached the door and slowly pulled on the handle.  The door opened. Keri poked her head inside. A voice from the back shouted out, "Sorry, We're closed."
Keri replied, "But, I think I just placed an order with you."
A man quickly rushed out from the kitchen and said, "Oh yes!  Sorry.  We really shouldn't have taken your order but, since this was our first Monday closed, we forgot.  Since we were here anyway, we decided to make you your pizza."  The pizza was presented with a flourish.  "We made it especially for you", the man said.
Keri smiled and said, "Well, for your information, you didn't make it for me.  You made it for my husband who requested a "Jim's pizza" for his 50th birthday supper."
The man quickly took the pizza back, went into the kitchen and returned with a smile on his face.  "Here is your husband's birthday pizza.  Wish him well and thank him for sharing his birthday with us at Jim's."

Keri took the pizza home and I opened the box and saw what you saw pictured above.  What a nice gesture.

I don't know Jim or his family but, just the same, they helped to play a part in making a special birthday even more special.  In these times of standardization and consolidation, there is still much to be said about local "Mom and Pop" businesses and the type of customer service they have it within themselves to provide.

I wrote a shorter version of this story for Jim's Facebook site and it has garnered well over 100 "likes" and dozens of extremely positive comments, too. So, what a way to hit the big 5-0!!!   By the way, the pizza was delicious.  :)
Posted by Thomas Charles MacInnes at 6:26 PM