X: is for the Residue of Honest Effort 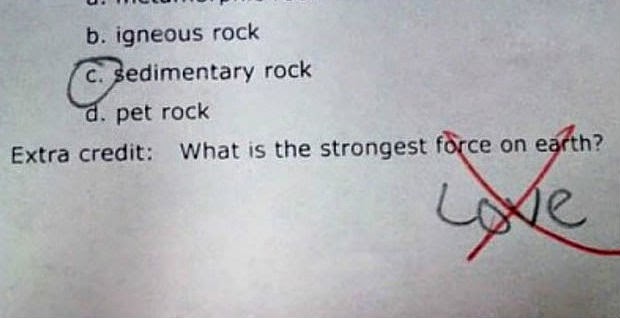 I don't believe that anyone sets out deliberately to become a failure. Unfortunately, we all do fail at things, from time to time.  In a kinder, gentler world, we would react to failing by rising from the ashes and dusting the mistakes from our bloodied finger tips. We would use the lessons being served to gain wisdom and insight and, as a result, failure would be cheated. For, failing is often the residue of honest effort and, as such, is not to be denigrated nor feared......at least not, in a kinder, gentler world.

I have failed many times in my life and, I imagine, I will fail many times again. That I fail is not, in my opinion, a sign that I am lacking in skills or intelligence.  There is not some flaw in my character or in my genes that is fatal and prohibitive.  Simply put, sometimes I win but, often I don't.  That's just the way Life is.  We can't always be the "winner". Sometimes, it is simply someone else's turn to shine, to have their moment and that is ok.  There truly is glory enough for all.

However, we don't always live in that kinder, gentler world.  Far too often, we live in a world of harsh judgements and cold pronouncements.  The line between being a Golden God and a loser is a thin one and, as the song states, "don't get caught on the wrong side of that line."  In such a climate, it is easy to view mistakes as undesirable and failure as unacceptable.  Certainly, in these times of standardized testing, failure can have tremendous personal and professional consequences.  In our world that obsessively pursues perfection and greatness and, in an Education System, that punishes failure, we careen down paths that are ripe for long-term negative consequences for all of us. *If you have read, Fight Club or have seen the movie then, you will know what I am talking about.

There is a difference between failing and being a failure.  That distinction is important to note.  Failing is the act of trying your best to achieve a goal and coming up just a bit short.  Failure, on the other hand, is an attitude that we adopt when we feel we are not good enough and it is a judgement cast by others who, also, believe we are not good enough.   How we react to failing and, how others react to us when we fail, is very important. That reaction goes a long way toward determining how our futures will unfold.

In my classroom, students fail all of the time.  That is a good thing.  It means that there is authentic learning going on.  It means that my students trust themselves enough to take academic risks and push themselves to greater heights. It means that they trust me to view their mistakes, if honestly made, as opportunities for insight and instruction. The environment of our classroom is crucial for this to happen.  All of those moments, early in the school year, that were spent creating a warm, safe, trusting classroom learning climate, end up paying off as the year unfolds and the students feel intellectually and emotionally safe. If they make a sincere effort to succeed at any task then, I will honour that effort by viewing the end result as being what it is, a developmental step forward and not, a pronouncement on intelligence.

For example, I look at spelling mistakes as opportunities for instruction. Let me show you how it works.  A child might wish to use the word, "water" in a sentence and ended up spelling it, "wor". There is much information for me in my student's "mistake".

From my experience, I know that students acquire their phonetic spelling sounds in a developmentally sequential fashion.  Usually they start off just recognizing the initial consonant sound that they hear when they say the word and attempt to "sound it out" for spelling purposes.  So, "water" might end up being spelled "wenlf".  With further growth and practise, the student would then start hearing the final consonant sounds when sounding out a word. So, they may spell "water" as "wor".  The next sequentially step in their growth comes from hearing the interior consonant sounds.  So, based on our example above, I would recognize from my student's error that they are hearing the initial-final consonant sound properly and that my next goal for them will be to help them focus on the "t" in the middle.  Soon, I would expect them to spell "water" and "wotr" or something similar.  From that point, the student errors will indicate to me when the time is right to start introducing the vowels and blends and diphthongs and all those lovely parts of our speech in the English Language.

If my students only copied words from a word list or a chart and were expected to always spell perfectly,  I would miss out on a whole host of diagnostic information about how the student is really developing intellectually.  Sometimes, people hold up these perfectly spelled papers by five year olds and proclaim that they are super spellers. I am always skeptical of this because I know that all children go through this developmental sequence of intellectual growth. There is no magic involved.  There is hard work, instructive assessment and lots of time required before a student is truly ready to be an excellent speller of words.

Now, the other side to this discussion is what happens when mistakes are viewed, internally and externally, as being negative.  I am sure we have all had experiences where by a teacher or coach or a parent has lost their temper, used esteem-destroying language ("How could you be so stupid!") or opted to publicly shame someone. I am very aware of my role as a judge, as well as a teacher.  I get paid to pass judgements on the work produced by my students.  I am not always comfortable placing a mark or grade down because, especially with young students, so much of what they produce is developmental in nature.  There is no "smart" or "stupid" in an elementary classroom.  Some kids are simply further ahead or behind on their intellectual journey.  But, report cards and standardized tests, force us, as educators, to publicly say that students are measuring up or that they are not at that moment in time. I find that hard to do.  It goes against my beliefs in how children develop and grow.  I have seen struggling students make good progress over the course of a term but, still not meet the arbitrary criteria established by the State or Province and, as a result, receive a failing grade for the term, even though they had made a lot of progress. When I show that report card to the student and his/her parents, it is hard for them not to become demoralized.  Judgement has been passed and they have been found wanting.  It is an affirmation of feelings that have probably been percolating inside all along; that learning is hard and that they are not good enough to be smart....that they are not smart........that they are a failure.   I am not sure what good is supposed to come from destroying a student's self-esteem and sense of worth because of passing judgement in this way?

The photo at the top of this post shows an excellent answer with a big red "X" through it.  You will never see a big red "X" on any student's work in my classroom.  When errors occur, I use a pencil to circle an incorrect sum or a missing capital letter but, never the public shame of the big red "X".  When I judge my student's work, it is done so humanely and with the goal of improvement in mind.
I want my students to always believe that they are safe in our classroom; safe to take an academic risk, safe to approach a problem from an original viewpoint, safe to express themselves creatively in ways that best suit their skills and personalities.  That only happens when failing is accepted as a natural part of trying and when it is respected for the wise teacher that it is.


If you have any thoughts, feelings or comments to make on the idea of mistakes being beneficial or, if you have had a negative experience being judged by someone, please feel free to leave your comments in the box below.  I appreciate you stopping by and reading my work. :)

Posted by Thomas Charles MacInnes at 6:49 AM